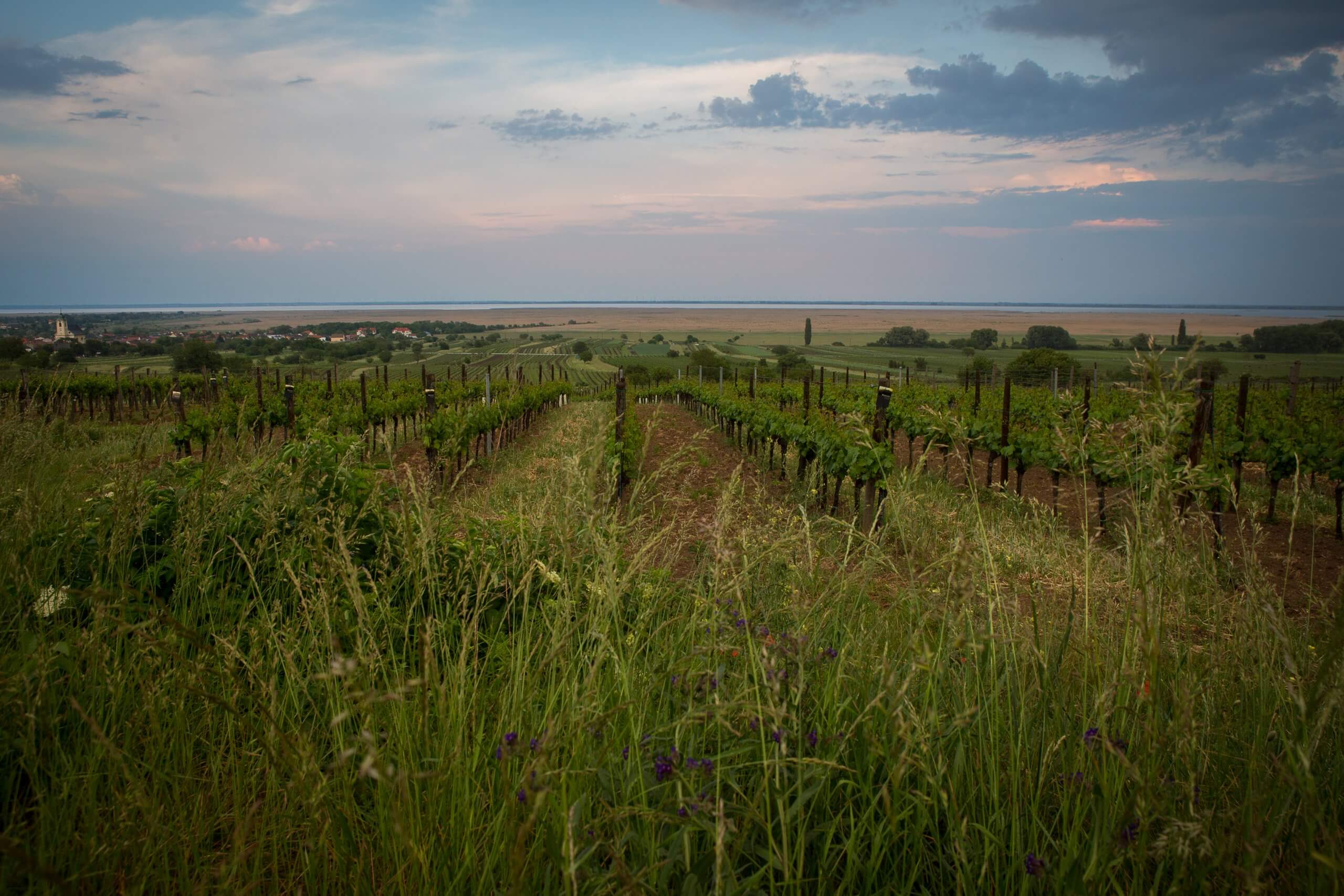 Schützen am Gebirge, where Prieler’s estate is located, is a small village in the northern part of Burgenland, south of Vienna.

Gebirge, which means mountains in English, refers to the Leithagebirge. The soils in these eastern foothills of the Alps contain large amounts of lime and schist, providing ideal growth conditions for Blaufränkisch grapes.

With the Goldberg and Marienthal sites, Prieler owns two showpiece vineyards here, each of them matching perfectly the needs of the Blaufränkisch grape. 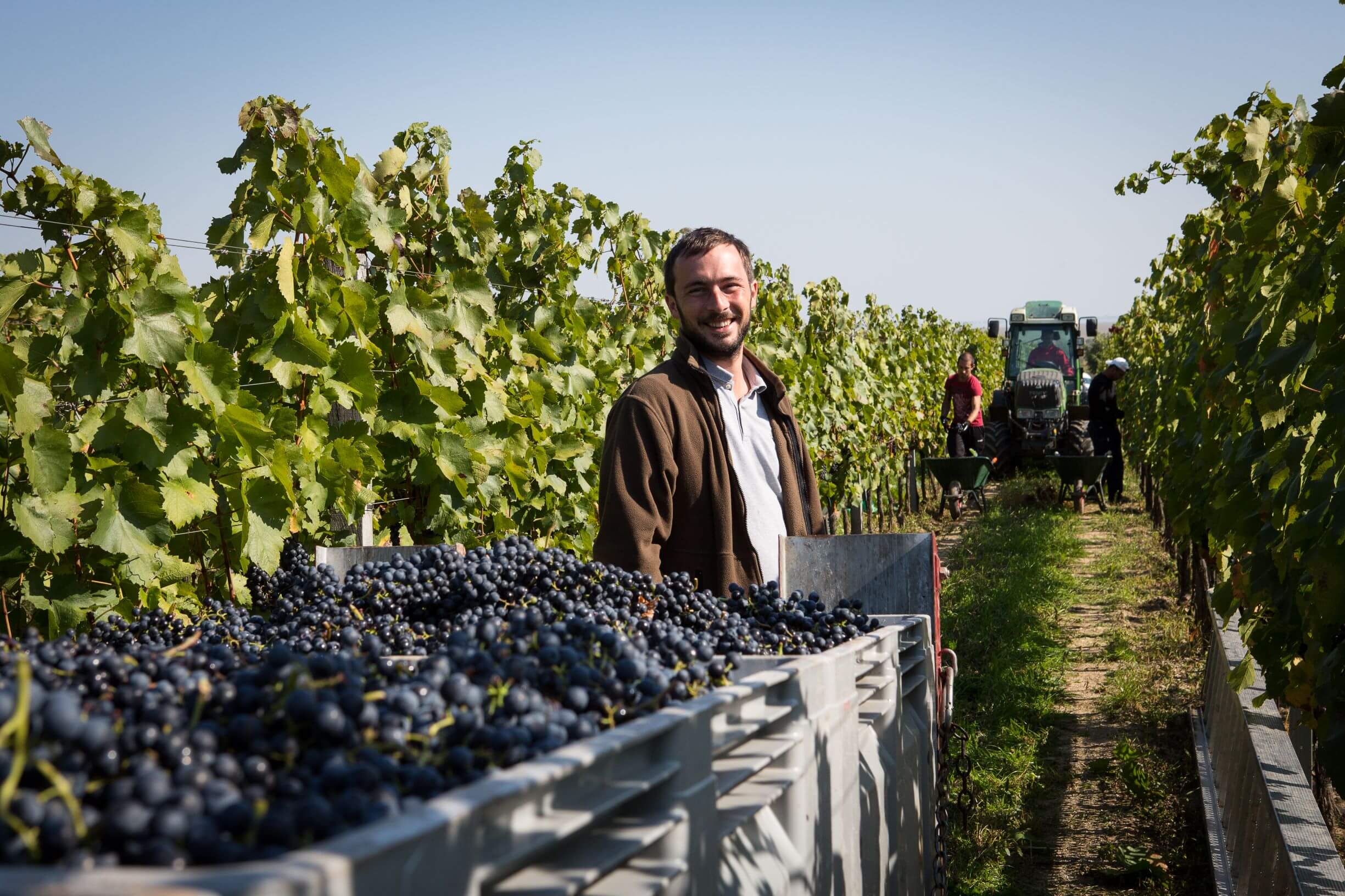 In particular, the southerly facing Goldberg reigns supreme among all sites in Schützen and was first mentioned in written chronicles in 1555. By the way, in 2002 the Goldberg was also the first Austrian red wine awarded more than 90 Parker points!

There may be no gold in this mountain, but for Georg Prieler there is another mineral resource that is just as precious: mica schist. It heats up with sun during the day, storing warmth for the night, thus offering Blaufränkisch a wide variety of aromas. Terms like herbal notes, flint and hints of graphite are often seen in tasting notes. 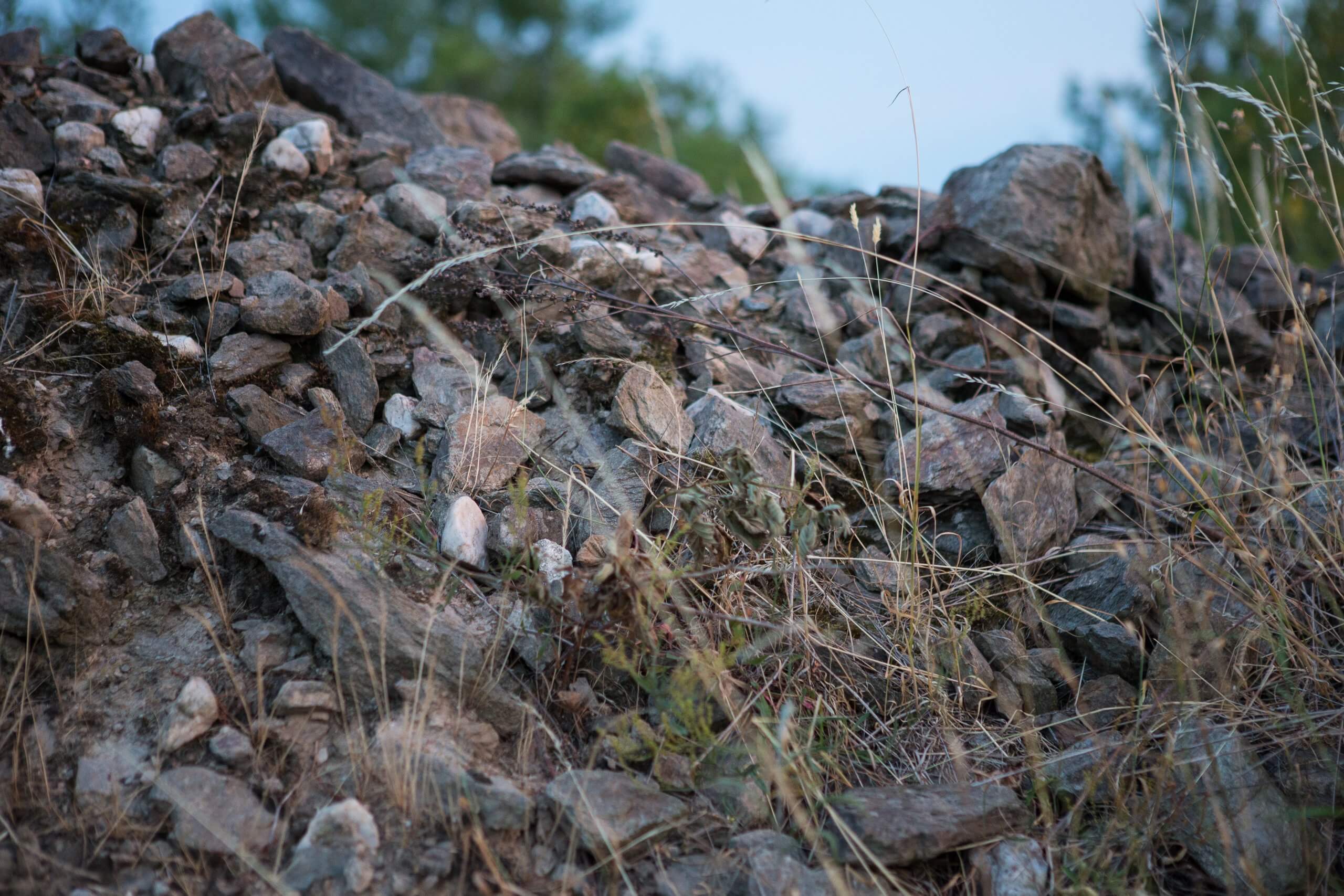 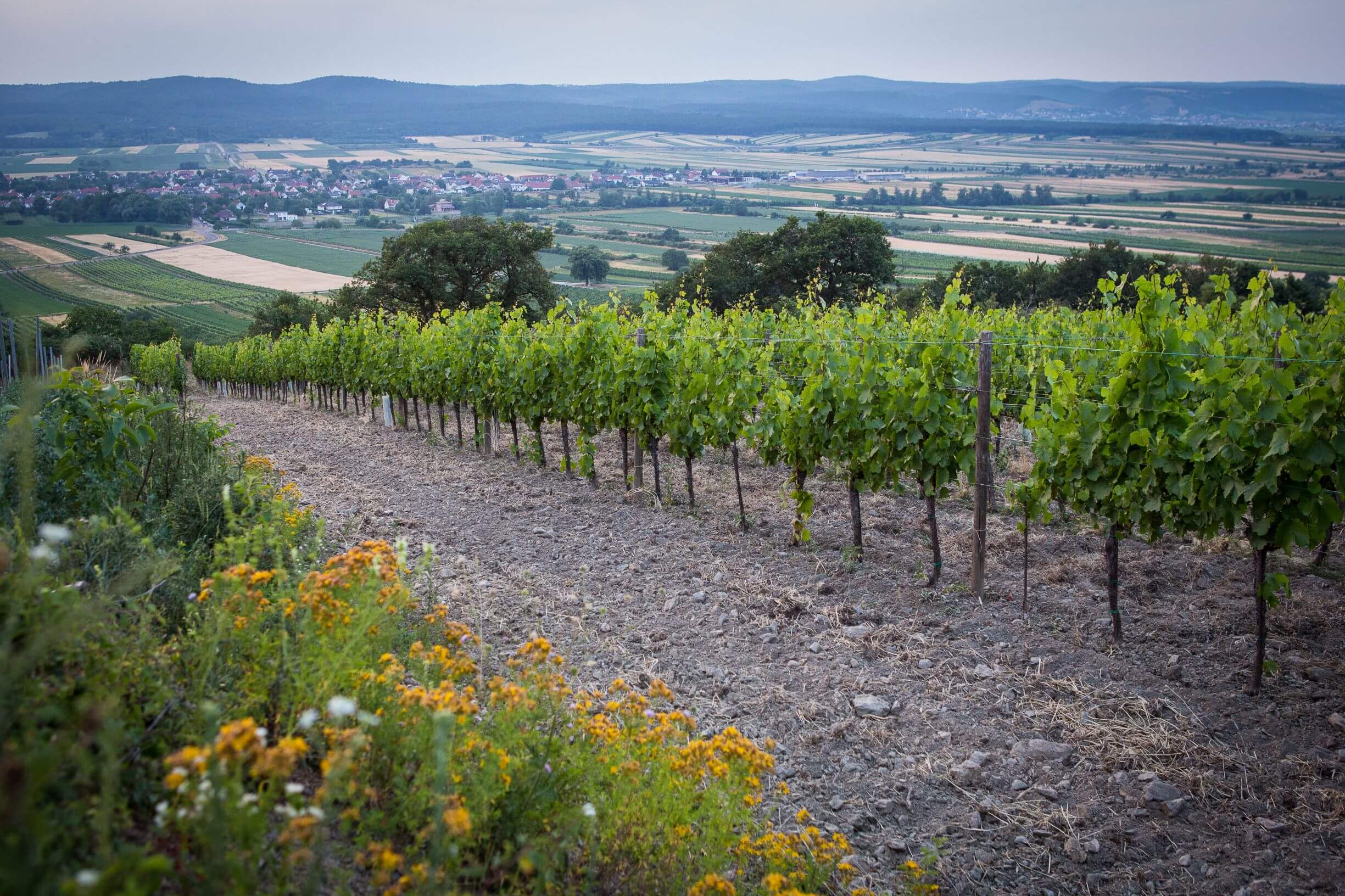 Looking southeast you’d see the second cru, Marienthal, which is climatically more influenced by the nearby lake, the Neusiedlersee. Here the soil is cooler and more calcareous. The Austrians refer to it as Leithakalk, a chalky strata formed over millions of years from crustacean shells. The Blaufränkisch here is more powerful, with intensive fruit nuances, a vibrant acidity and impressive tannins. 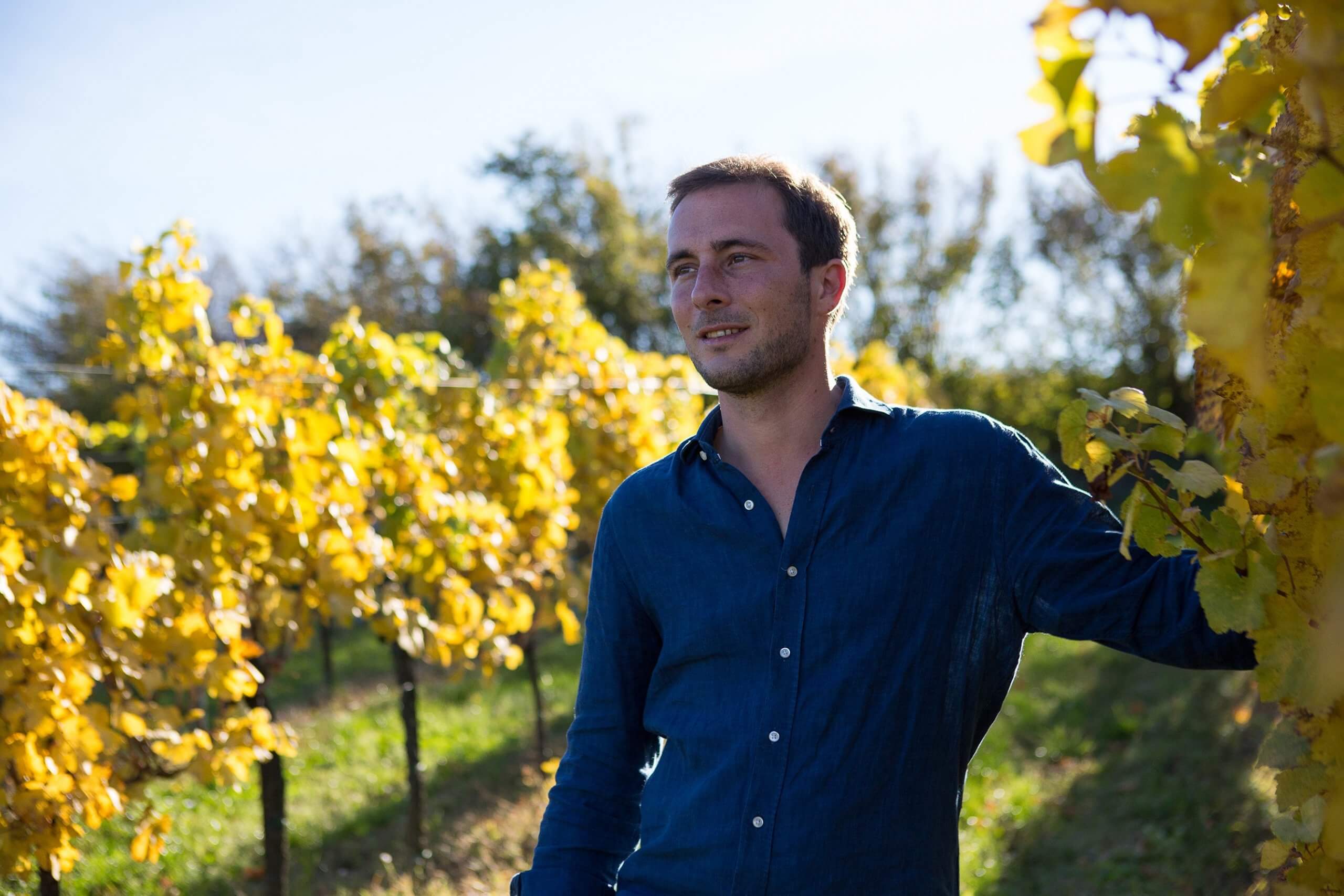 That’s the key. Georg Prieler produces wines which are fruity, but without being lush. In the Goldberg, cherries dominate. In the Blaufränkisch Leithaberg wild berries come to the fore. Red fruit marks Marienthal.

Beyond intensive fruit, all of Prieler wines remain both elegant and complex, with balanced tannins and what many journalists call minerality. 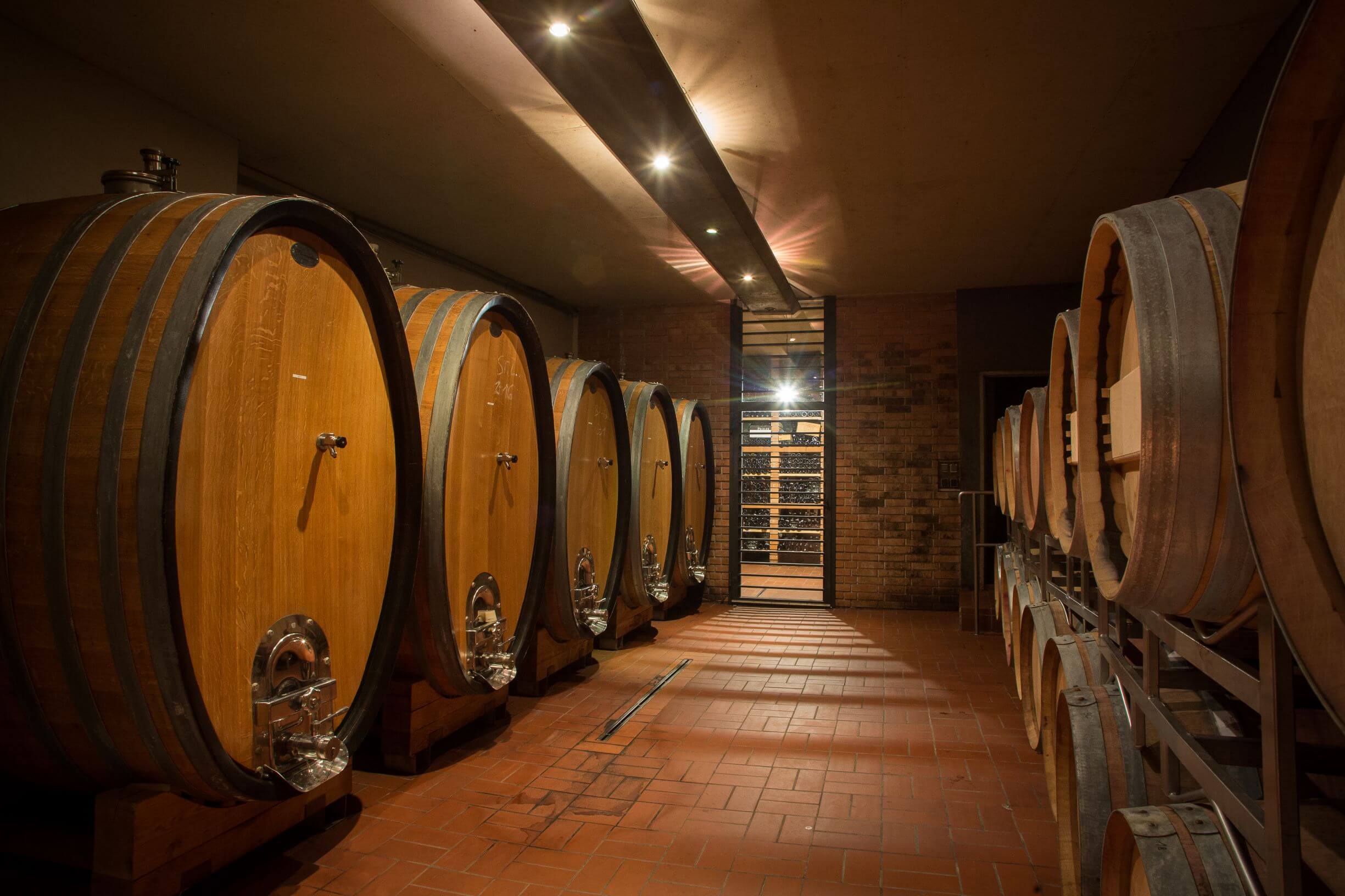 After several years of apprenticeship in Argentina, California and New Zealand, Georg Prieler returned his family’s winery in Austria. In 2004, he was given complete responsibility for the cellar. Eight years later, he began managing the entire estate.

Some 60% of his 21 hectares are planted with Blaufränkisch, all of which are farmed organically. What does that mean for him? Only natural substances are used in the vineyards, fermentations are spontaneous, extractions gentle and only a minimum of sulfur is used at bottling following the lunar calendar.