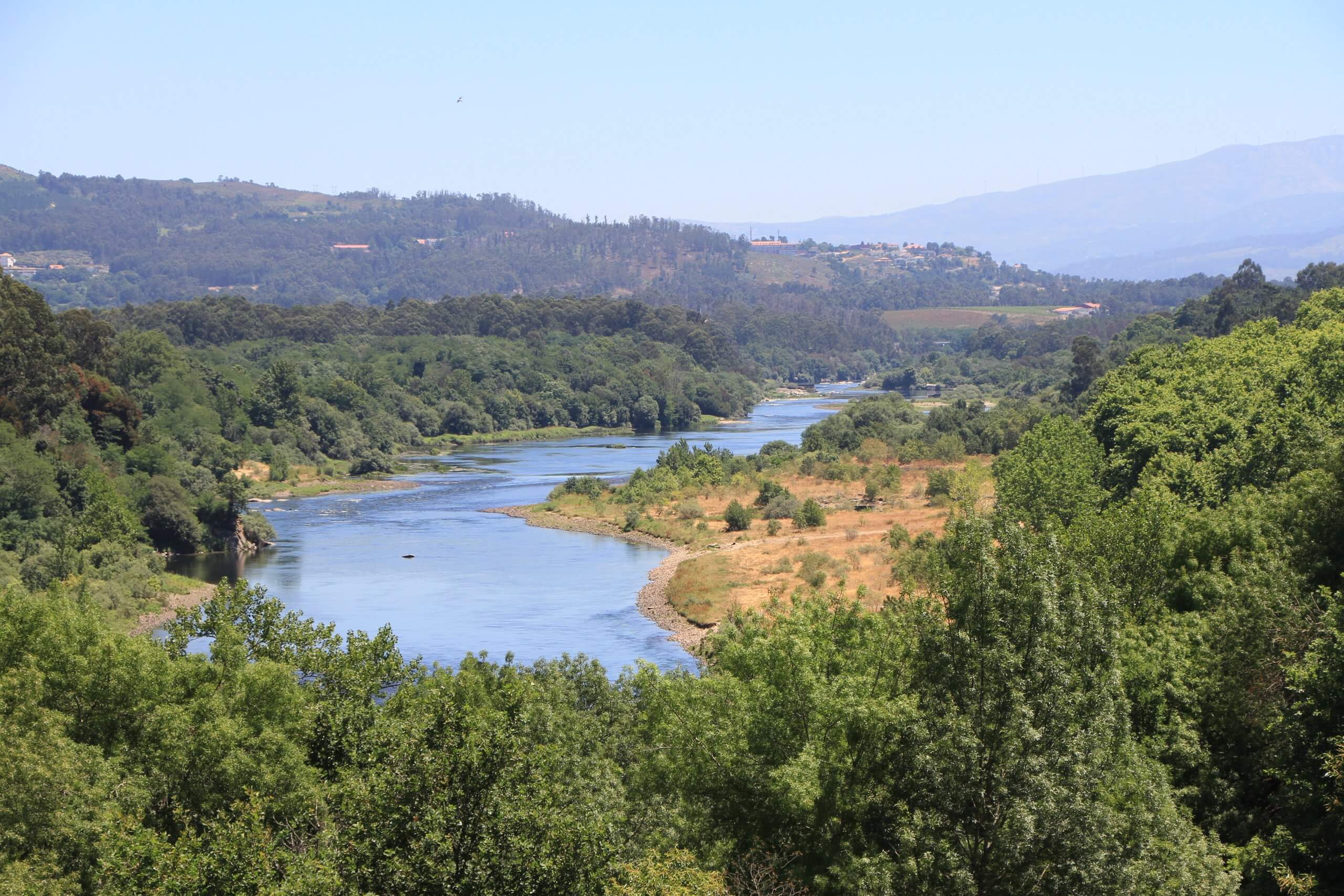 Terroir driven Alvarinhos
Considered one of the white wine icons of Portugal, Anselmo Mendes’ Vinho Verde from the ‘green region’ north of the Douro have true ageing capacity.

Light, tangy and fresh, Vinho Verde is widely known for its easy drinking, summer wines. However, Anselmo Mendes quickly recognized the ageing potential of the Alvarinho grape variety and has since proven that a Vinho Verde can, in fact, be much more, that is to say full bodied, aromatic and complex white wine. The impressive international ratings confirm that he was right!

In 1987 Anselmo Mendes, scion of a winemaking family, began to examine, test and produce white Alvarinho. However, he was only awarded for his efforts eleven years later when his first wine, named Muros de Melgaço was released. In the meantime he had been working as a flying winemaker, consulting for about fifteen wineries in Portugal and Brazil. 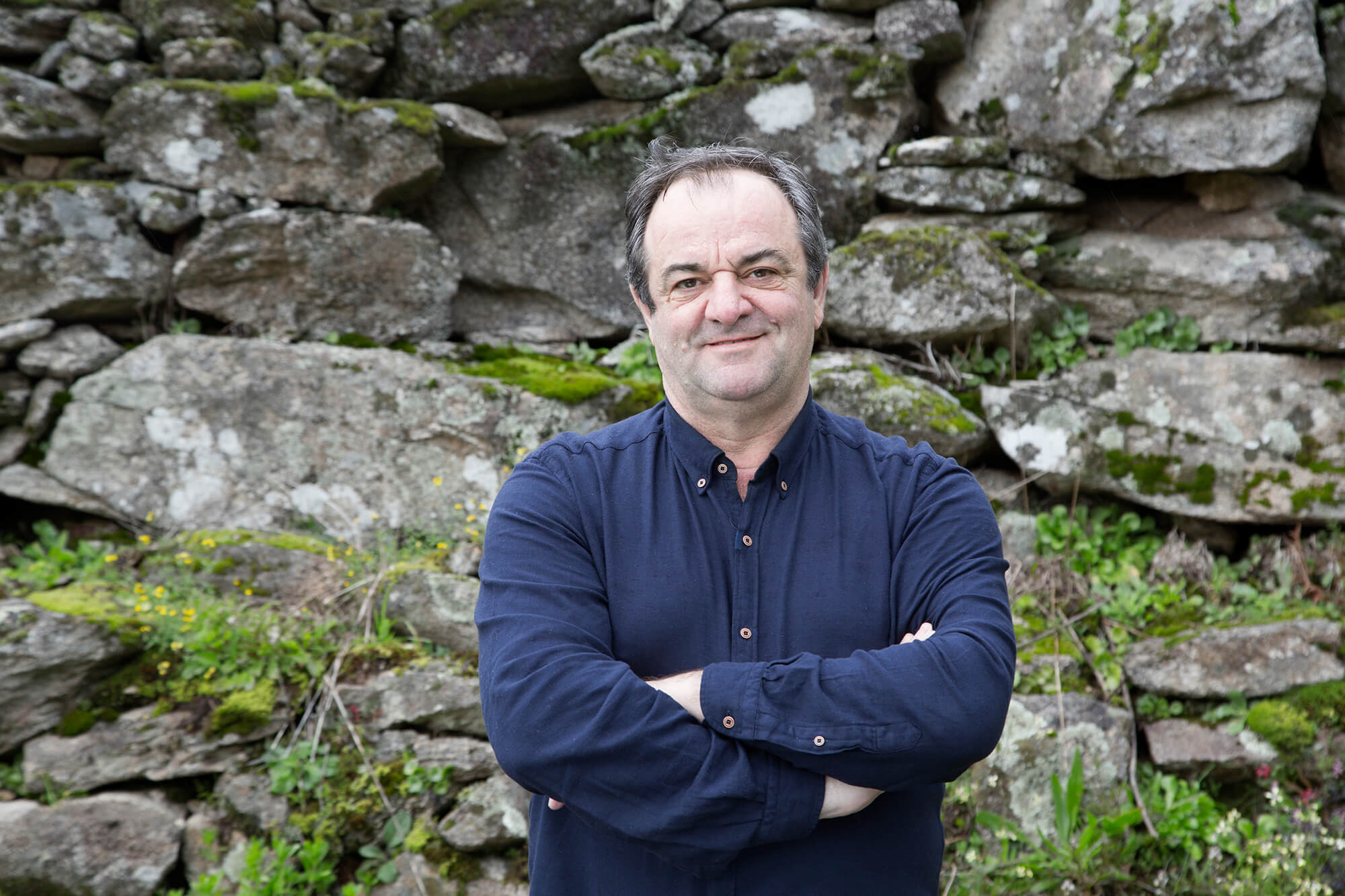 Anselmo owns vineyards in Monção, Melgaço, the Lima Valley and along the Duoro. Still others are leased. Monção and Melgaço, the two cradles of Alvarinho, are in a region of temperate climate, protected from the ocean winds by the mountains. Excellent whites are produced here thanks to the soil structure. In the Lima Valley, where Loureiro is the main grape, the Atlantic influence is the strongest of the entire Vinho Verde region. The soils in both places are mostly of granitic origin, with a sandy loam texture. His vineyards in the Douro River valley, where Avesso and Arinto predominate, sport schist soils at lower altitudes and granite higher up the slopes. All are farmed organically.

In the cellar, he combines traditional methods with more modern ideas. “We like to play with temperatures and experiment with different casks,” he explains, “thus benefitting from the possibilities modern techniques have to offer.”

The art of making wine

Supported by his son, Tiago, Anselmo Mendes has always looked to further improve the quality of his wines, performing incessant studies to better understand the different varieties, soils and microclimates – and their respective interaction. His long term vision is a sort of living ‘Alvarinho library’ to render the queen of Portuguese white grapes immortal. “Expertise is needed to produce good wine. The art,” he says, “is to make some details different.” 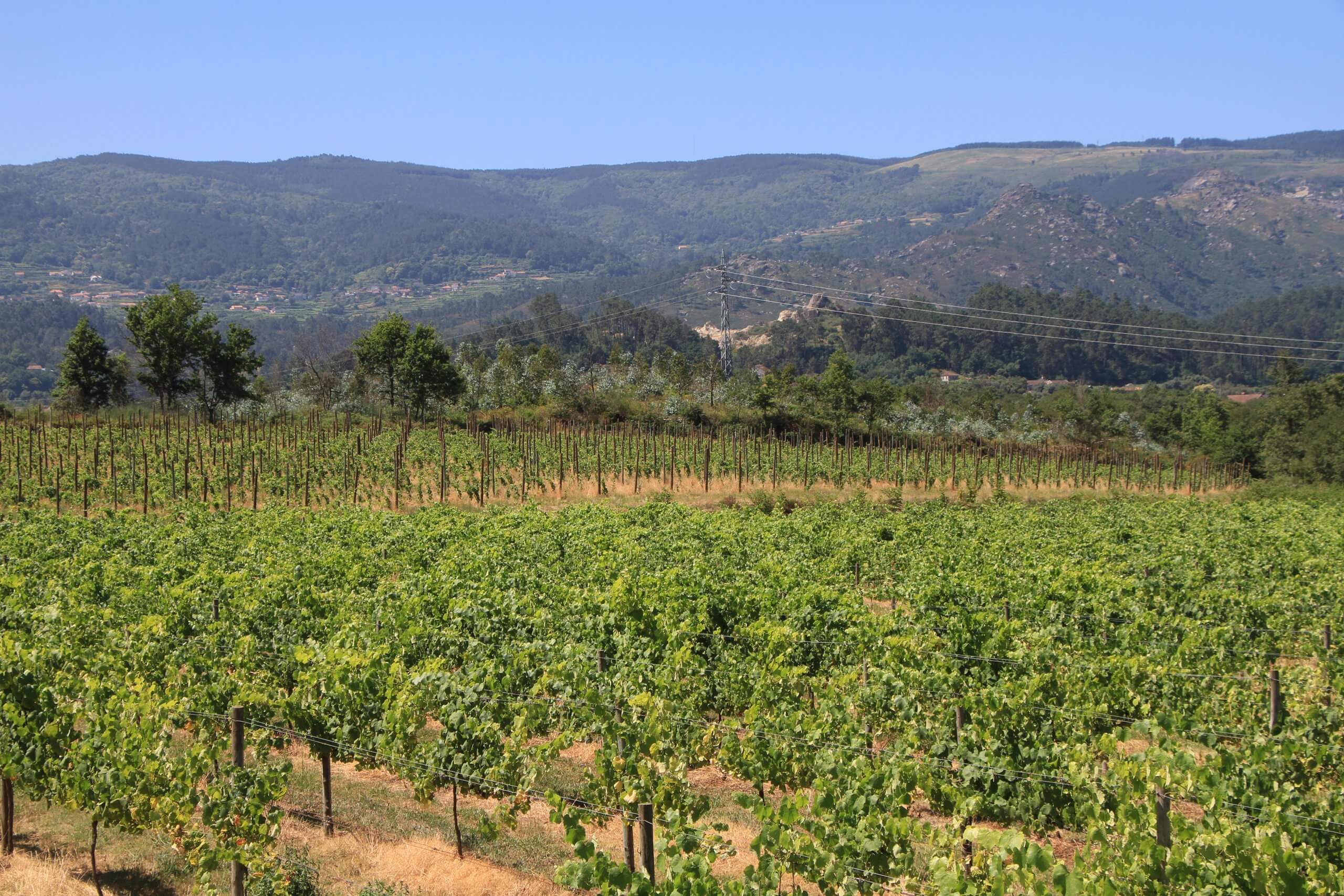 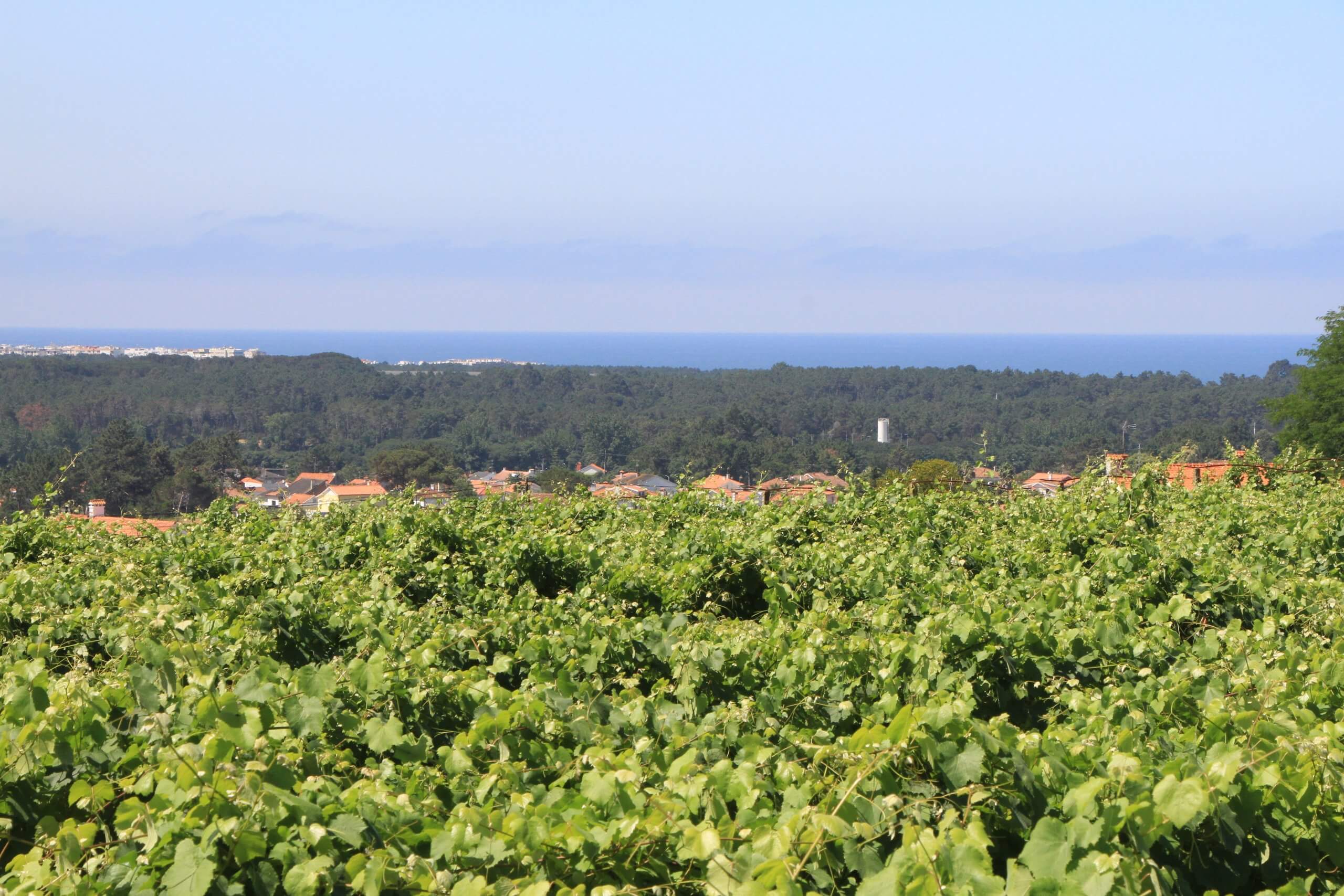 Given the different soils, and altitudes that range from 20 and 220 metres, the Mendes portfolio of dry, mineral wines is quite large: Pássaros is the name for the two entry level wines, Muros Antigos that for the more classical representatives. The finest wines, Curtimenta, Expressões, Parcela Única and Tempo, are all monovarietal Alvarinho aged in French oak puncheons. Vinhão Escolha and Pardusco are the two red wines, each made from autochthonous grapes. 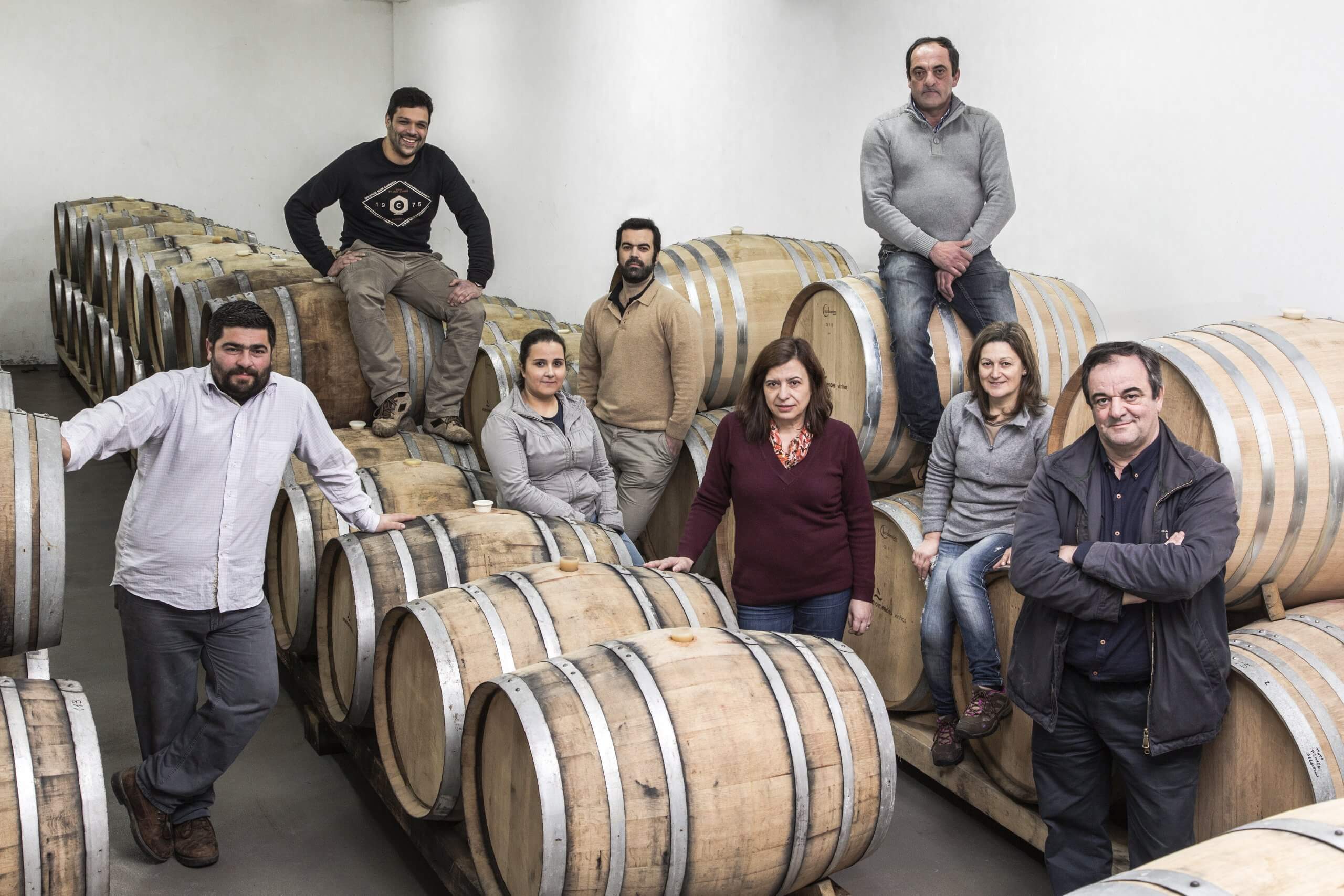 Here the description of some selected wines:

A blend of Alvarinho, Loureiro and Avesso. Alvarinho provides structure, Loureiro the intense aroma and Avesso both acidity and minerality. Lovely today, but will hold for another five years.

Alvarinho grown on south facing slopes. Fermented and maturated in French oak pipes for about six months, it is highly appreciated for its elegance and long shelf life. Lovely today, but will hold for years.

This Alvarinho is a perfect expression of its terroir. Fermented and matured in 400 litre French oak pipes for about nine months, it displays fine aromas with subtle woody hints. On the palate it is quite elegant, showing a perfectly balanced acidity. Lovely today, but will hold for another decade. 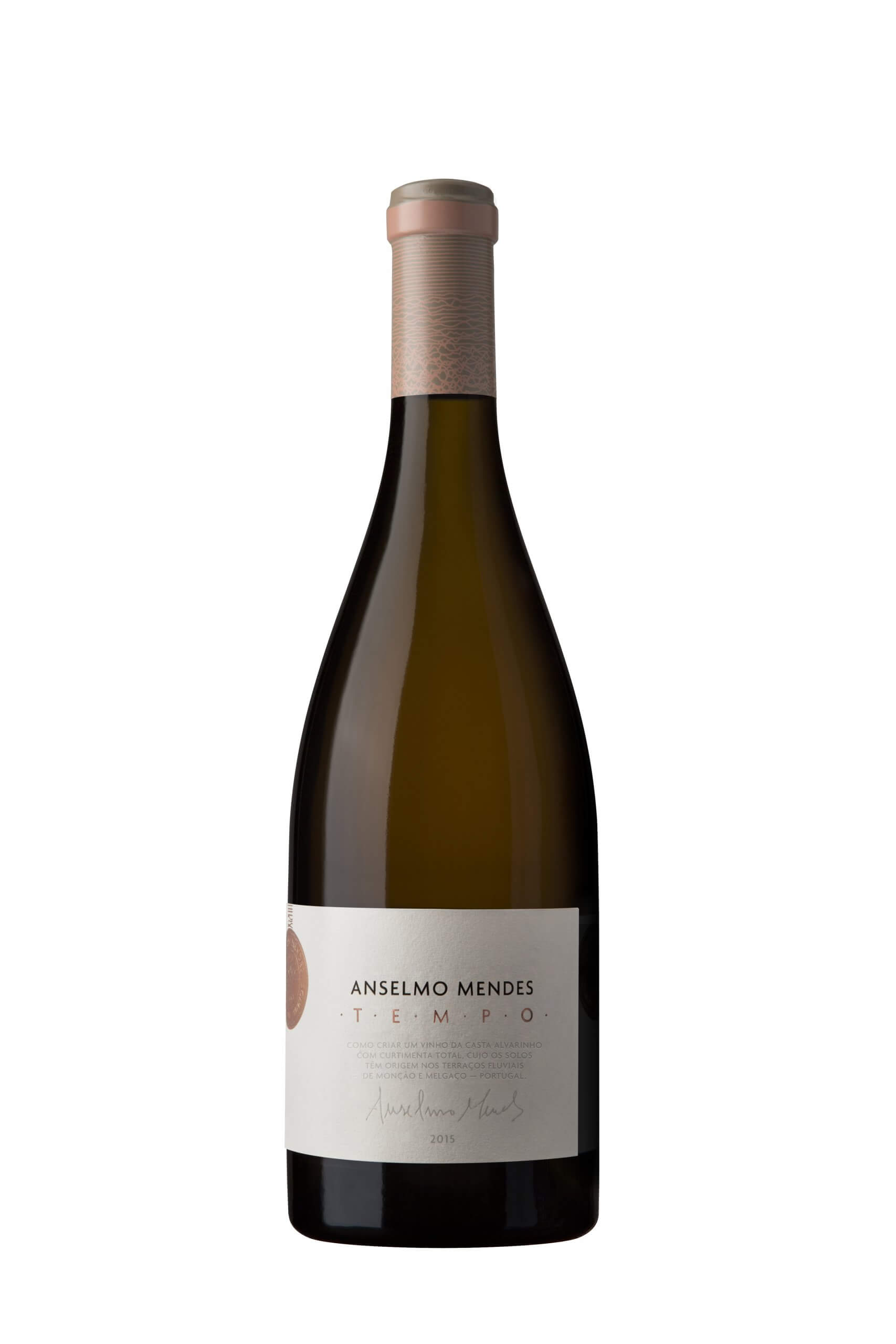 Monovarietal Alvarinho grown at an altitude of 200 metres. Golden colour, aroma of orange zest and white blossoms, hints of dried fruit, traditional style. Fermented and maturated in used 400 litre French oak pipes for about six months, it is lovely when released, but will hold for another decade.

Red wine made from the autochthonous variety, Vinhão, grown in the Lima valley. Late harvest in October to guarantee perfect ripened grapes. Intense purple colour, with hints of red berries, plum and cherry. Drink over four years from release. 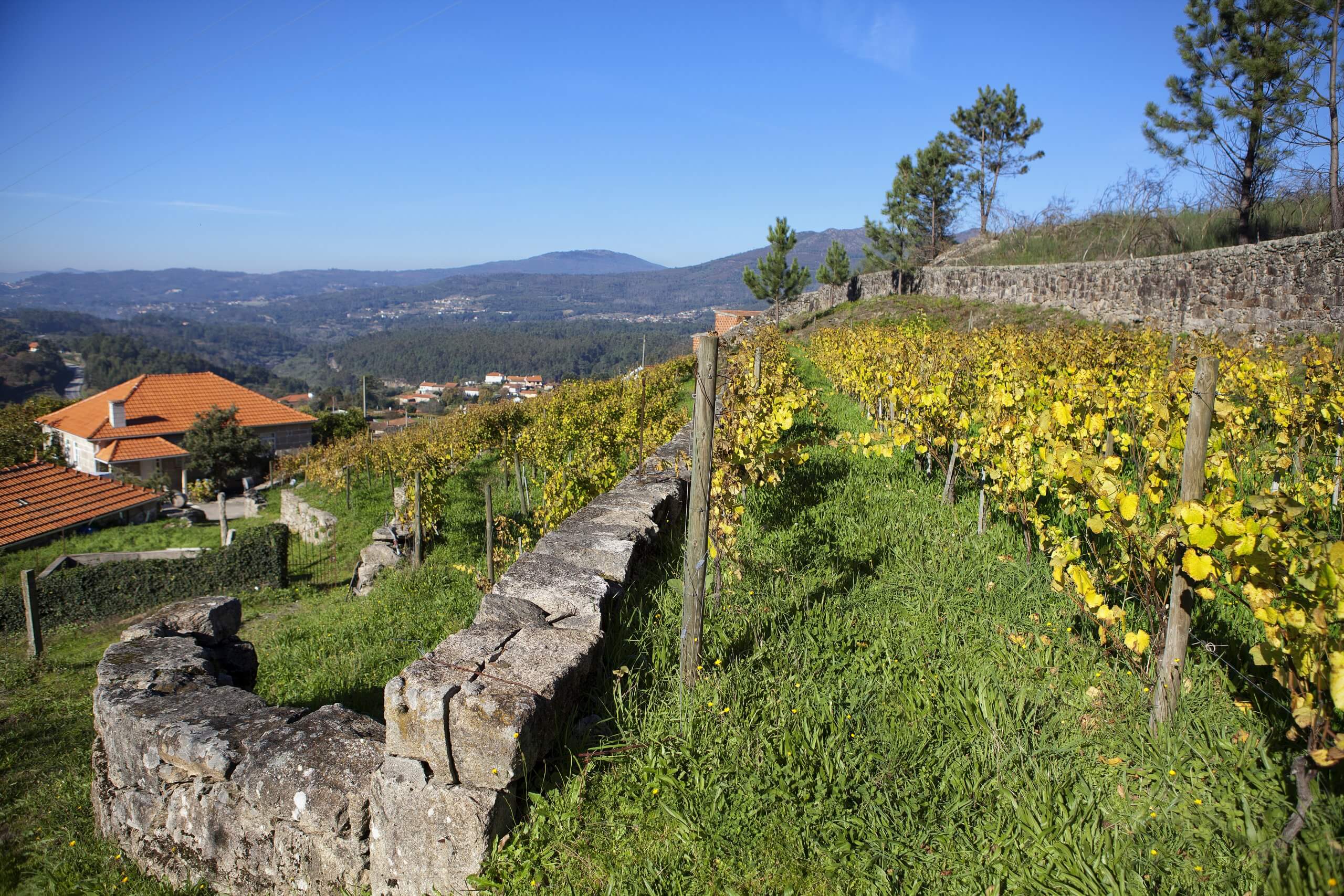